Côté is poised to become one of Canada’s largest gold mines with an expected annual output of 493Koz and total cash costs of US$600/oz in the first five years of operation. Construction of the US$1.3 billion mine commenced in the fall of 2020 and is expected to ramp up to commercial production in the second half of 2023. Côté currently boasts a 7.2Moz reserve, a measured and indicated resource of 10.2Moz and an inferred resource of 3.8Moz making it one of the largest gold resources in Canada.

The royalty covers a portion of the northern and north-eastern part of the Côté pit and all of the Gosselin gold project. Gosselin is centered ~1.5km to the northeast of the Côté deposit which IAMGOLD estimates to host a resource estimate of 5 Moz of gold. Gosselin was discovered in 2019 and is part of the Côté joint venture between IAMGOLD & Sumitomo. The Gosselin zones exhibit similar geology and metallurgical characteristics, indicating potential for similar gold recoveries to the Côté gold deposit. IAMGOLD expects to complete a 13,000 – 16,000 metre diamond drill program including 12,000 – 14,000 metres of delineation drilling in the Côté district.  According to IAMGOLD, Gosselin has the potential to support production levels of ~500koz per year at the Côté operation beyond the first 5 years where production at Côté is expected to drop towards the 367Koz per year average. Drilling between the two pits is ongoing to potentially select a larger pit shell selection of the Côté life-of-mine pit and potentially include the Gosselin deposit. 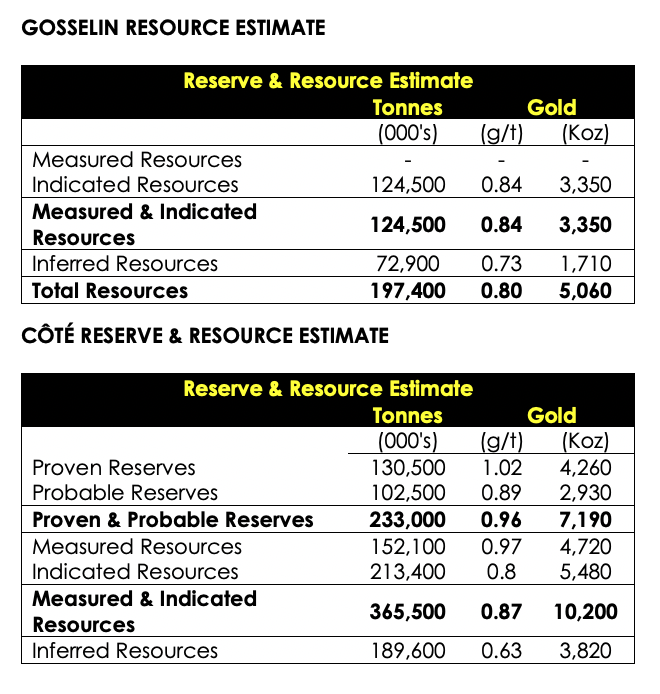 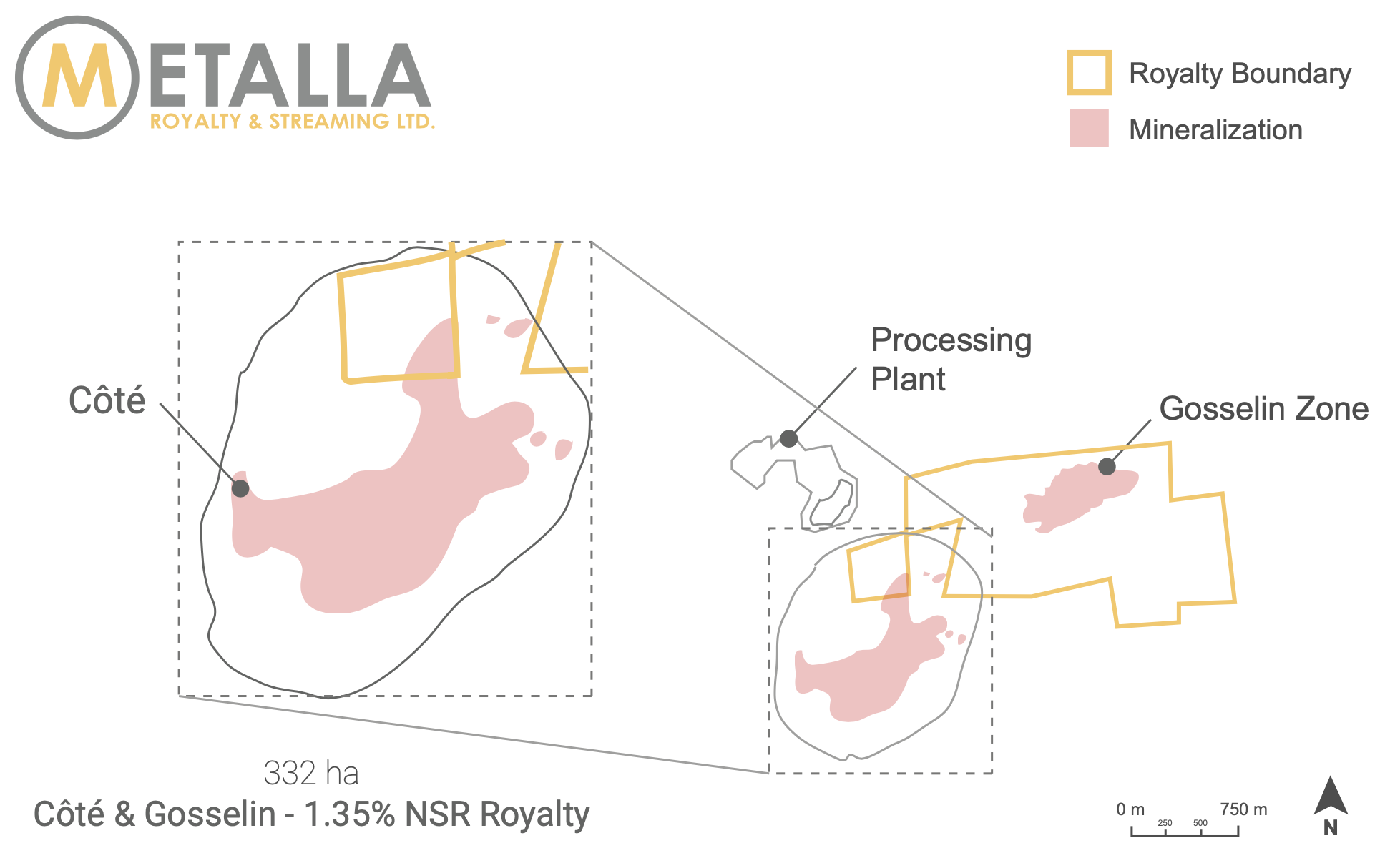 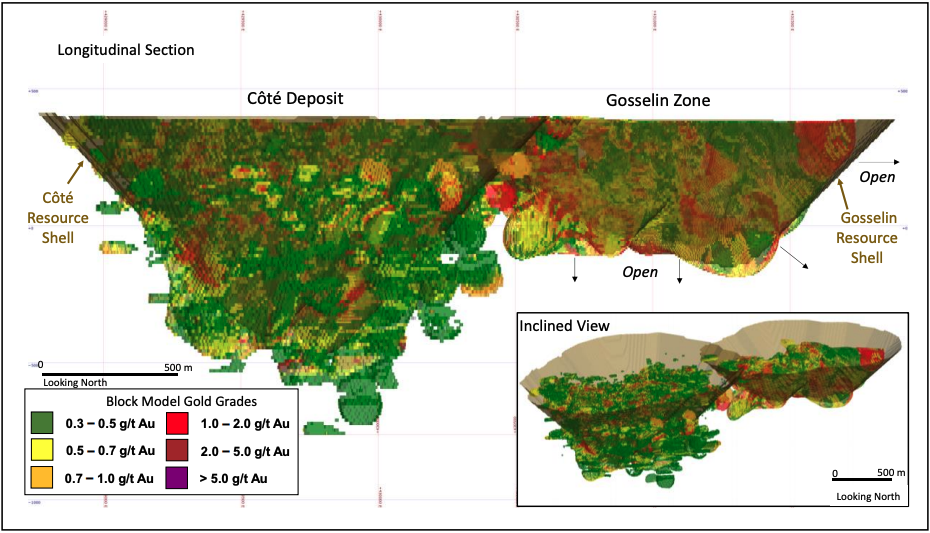