The Endeavor Mine was once the region’s largest zinc, lead and silver producer. Commissioned in 1983 as the Elura Mine, the site has been operated by CBH since 2003 at which time the site was renamed Endeavor. The Endeavor orebody is similar to others in the Cobar Basin in that it has the form of massive vertical pillars. Extraction of some 30 Mt has occurred. In October 2020, Sandfire Resources announced a farm-in agreement to acquire up to 100% of the Endeavor Mine. Sandfire is currently compiling historic data and following up on multiple targets for exploration.

Metalla will have the right to buy 100% of the silver production up to 20 Moz (7.4 Moz have been delivered as of January 2020) from the Endeavor mine in north-central New South Wales, Australia for an operating cost contribution of USD$1.00 for each ounce of payable silver, indexed annually for inflation, plus a further increment of 50% of the silver price when it exceeds USD $7.00 per ounce. 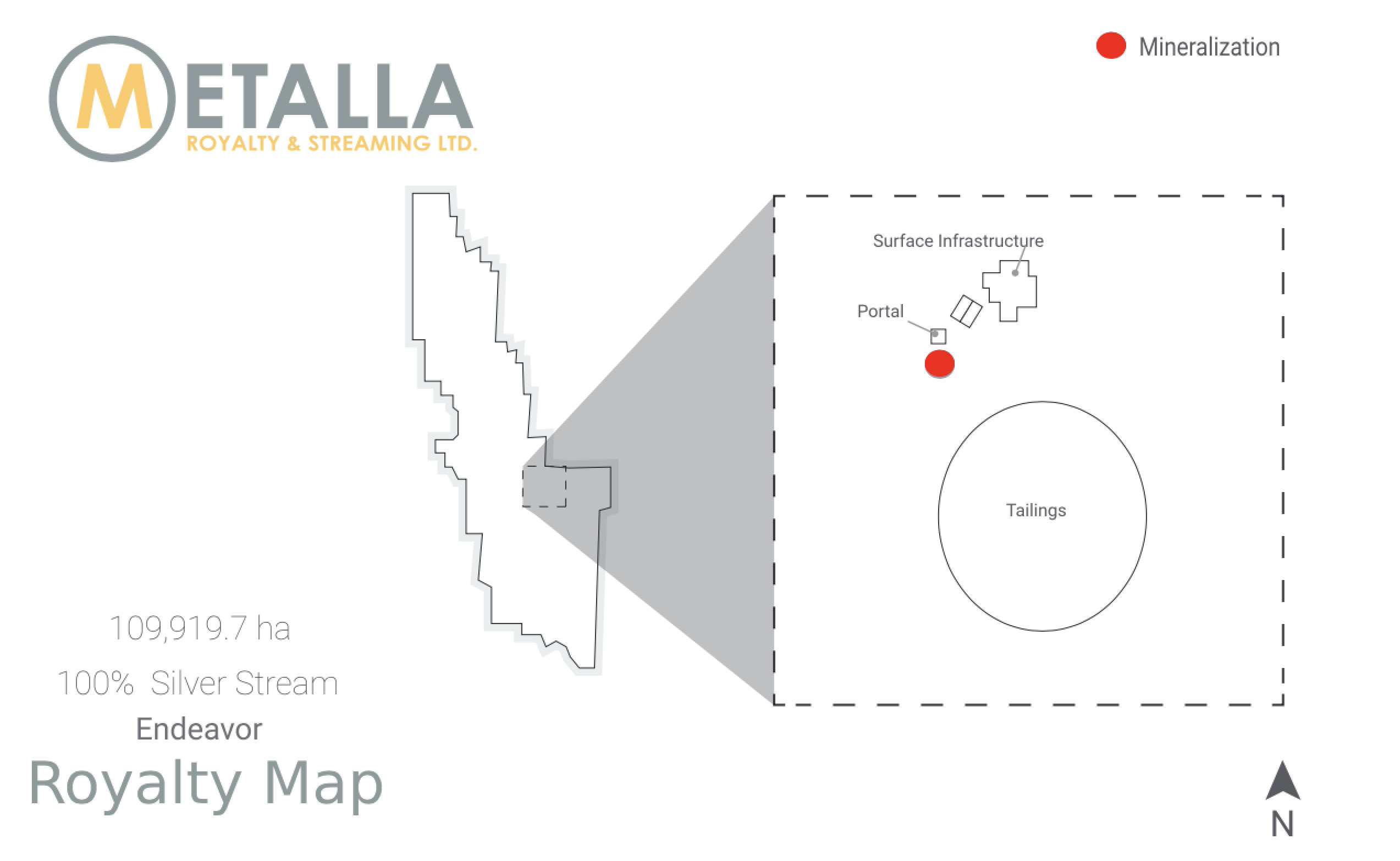