Fosterville is a high-grade, low cost underground gold mine in Victoria, Australia which has been in production since 2005. In 2019, Fosterville produced 619koz gold at a grade of 39.6 g/t and a cash cost of US$119/oz and AISC of US$291/oz. Kirkland Lake recently reissued its guidance for 2020 at Fosterville where it anticipates producing 590 – 610Koz of gold at an operating cost of US$130-US$150/oz of gold. In 2015, drilling at depth on the Phoenix decline led to the discovery of the high-grade Eagle/Swan Zone, containing mineralization which resulted in a large increase in reserve grade for the mine and production. Similar zones at depth have been documented at the Harrier Zone which continues to extend south toward Metalla’s royalty claims. A ramp up in mining in the Harrier zone is anticipated to begin once development and ventilation upgrades are completed. Kirkland Lake has stated they are undergoing US$85 – US$95 million dollars of exploration and development drilling at Fosterville with a focus on the highly prospective Harrier south area where they have disclosed they have intersected quartz veins with visible gold similar in texture to those found in the Swan Zone.

The Royalty covers the southeastern and northeastern sections of the Fosterville mining lease and a large area east and south of the mining lease. Mineralization at the Harrier and Phoenix/Swan Zone are on strike with the royalty grounds in the south. We expect the Harrier mineralization to continue onto the royalty area after further resource conversion drilling is completed. The Russell’s Reef and Hallanan’s prospects are within the southern royalty grounds. In the north, Robbin’s Hill is on strike with the royalty grounds as well with the Goornong South prospect further north. 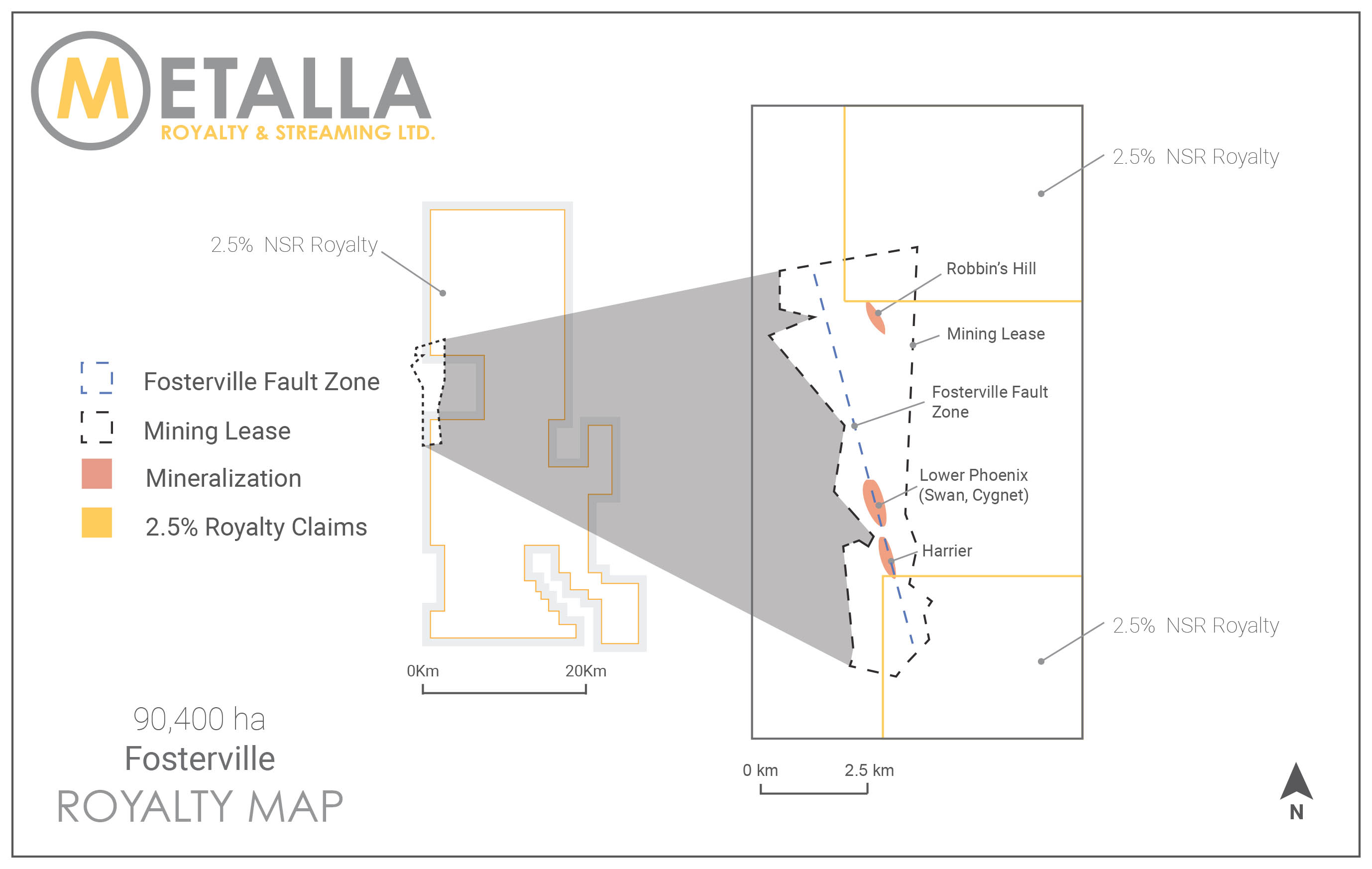